Replacing some of the expensive or unaffordable training of soldiers with virtual and augmented reality will be here within a few years. We can already do it today, says František Mičánek, dean emeritus of the NATO Defence College, Rome.

The Virtuplex virtual reality development laboratory unveiled a unique use of VR for planning and simulating military missions. The system uses digital maps to allow for not only the planning and construction of extensive buildings (military and otherwise, such as field hospitals, command posts, firing positions, ground and air force units, and bases for foreign missions), but also optimizing the efficient and ergonomic distribution of materiel inside a building. This solution is made possible using the 600 m2 space where people use VR to walk through a military base in 1:1 scale. František Mičánek explained how the idea for this project was born and what are its other benefits.

How did you come up with the idea to create a VR system for military purposes?

The idea was born when I was walking through the Virtuplex. Despite not having any experience with VR beforehand, I began thinking about how to use this technology in other areas that the Virtuplex hasn’t been used for before. Because of my knowledge of the military, I realized that what was being done for architecture in Prague’s Horní Počernice neighbourhood could also be done for the training and education of military personnel and other security forces.

What expectations did you have before experiencing VR?

As it was my first encounter with virtual reality, I basically didn’t have any expectations. But I have to say I was blown away. The first impression was perfect as I was completely immersed in the space. I forgot where I actually was, and I just fell into that perfect feeling of immersion. The graphics were excellent, as was the sound and the visual processing of avatars.

What are the advantages of training in VR over a real environment?

First of all, it’s important to realize when the use of VR is appropriate. Virtual reality is great if I want to make something that is difficult or too costly to make in real life. VR also reduces risks to a minimum and it’s ideal for larger groups of people that can go through a scenario at the same time while being controlled by a single instructor. Finally, VR is great for training routines that are often repeated. All these aspects are parts of military training to a certain extent. But I especially want to emphasize the option of working with groups in VR. Training soldiers always begins with the preparation of the individual, but soldiers work in teams when deployed, and they must communicate together perfectly. The Virtuplex allows for seven people to work together at once. They interact together as if they were actually at the base. That’s the incredible added value of the entire solution.

Does VR have any limits when training soldiers?

Of course there are limits, but they are disappearing as VR is developing at a break-neck pace. The capacity of data channels is increasing, as are transmission networks, storage, and display units. That all helps us to advance the use of VR. VR is an irreplaceable tool in training soldiers when you want to confirm that knowledge has been internalized and has become capabilities. VR allows you to experience all factors, including blood, screams, burning cars, and the sounds of battle. This influences a person’s mentality and if they can act accordingly in this environment, then we can be sure they passed a test and are prepared to encounter actual reality.

How can VR influence the life of soldiers on deployment?

Virtual reality can better prepare soldiers for missions on deployment. Imagine you’re a soldier that can walk through an entire military base or other security building that cannot be built in the Czech Republic or there is no safe way to enter the future theatre before being deployed on mission. But it can be done in VR without limits. It’s possible to build a base, connect individual blocks of buildings, experiment where the rec and command rooms will be, etc. All this information is extremely important for people who will serve in the space. Soldiers can tour the facility in 1:1 scale in VR before departing and thus be prepared from the moment they get off the plane. The process of adapting to a foreign environment, which is rather long, disappears thanks to VR.

Does this possibility increase the soldiers’ security and safety?

That’s the point. Soldiers can move around in a space they know well because they toured it in VR beforehand. They know the crisis points where they can find cover in case of attack or where extinguishers are in case of fire. This all reduces reaction times in the new environment and increases security for everyone. 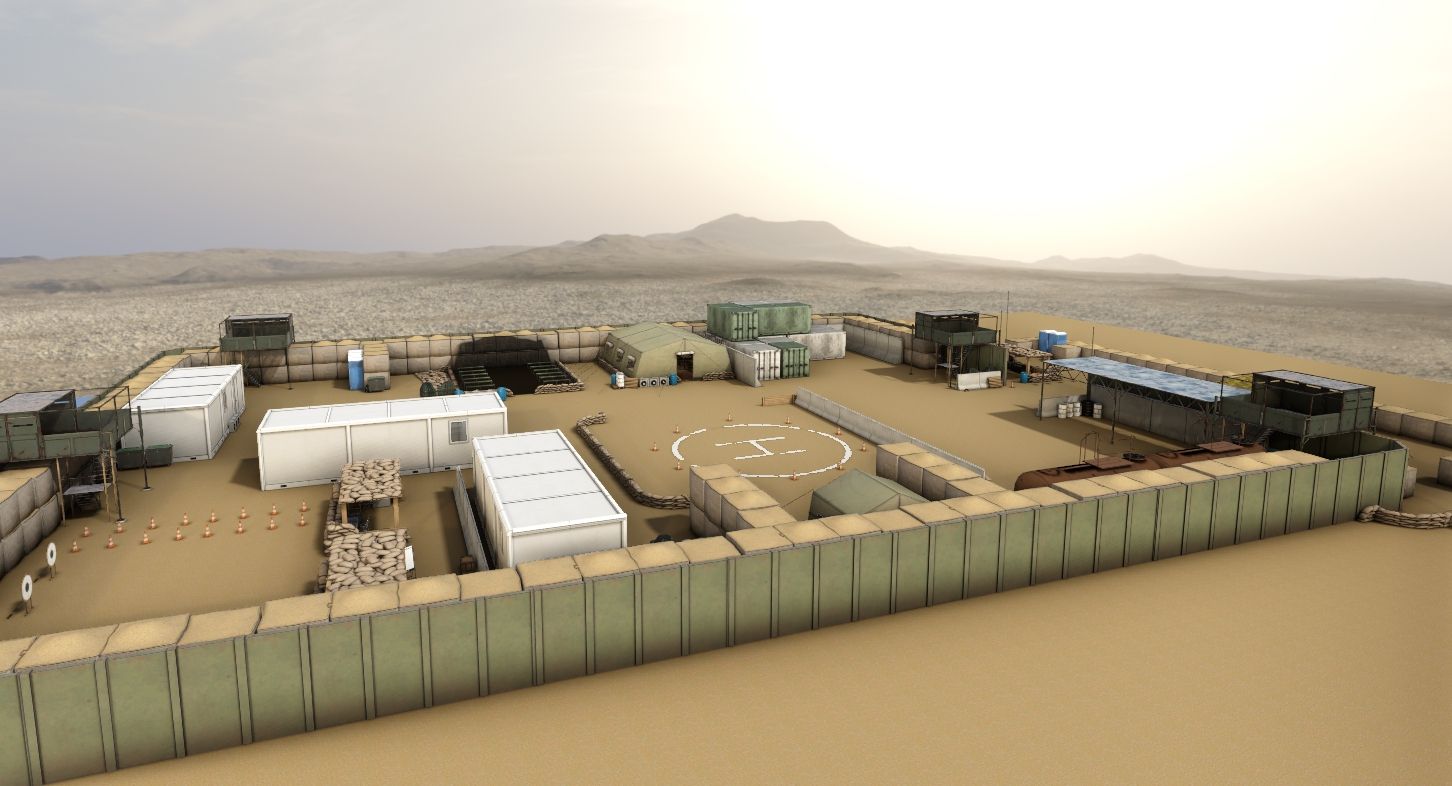 To what extent does the Czech Army or other security forces here and abroad use VR?

The Czech Army uses VR in certain simulators or training equipment where usually specific virtual images are displayed in a small, enclosed space and the soldier or officer can move around, but they certainly don’t have the complete immersion provided by the Virtuplex. That type of equipment is lacking. There are some aviation applications available, but they haven’t been officially implemented in the Czech Army.

In terms of the level abroad, I don’t think we’re behind. There are naturally exceptions and countries that have entire virtual training centres, such as the UK, US, and South Korea. The best training solution is probably used by police in New York.

What phase is the solution provided by the Virtuplex in right now?

We’re surveying the market. In terms of security and defence, were experimenting where it would be appropriate to use VR for the army or the rescue services and we’re gauging their interest. We can’t have a product and dictate that they use it. We want to provide them with something that fulfils their demands and will be effective and useful. So far, we have feedback from the Defence University in Brno, which is interested in the Virtuplex solution. We also spoke with training units from (the Czech Army’s) Centre for Simulation Technologies in Vyškov and the first talks have taken place with the Czech Police as well. These meetings showed there is interest, and we can offer what our customers need. Now they just need to figure out the financing and the timeframe for the delivery of the virtual solution.

Walking on the Moon: Virtuplex Presents a Model of New Prague in Virtual Reality Including a Lunar Rover Concept