DARAMIS: Project in Virtual Reality and Save Time and Money

Previously, they had to return to specific points in the construction several times. Now, the investment company Daramis takes a look at the project in virtual reality and has clarity.

Daramis is a real estate and investment company that has been active on the Czech market since 2000. It acquires, builds, and administers residential and commercial real estate, having successfully completed 23 projects with more than 3,300 units. It’s planning another 8 that will offer over 990 more units.

Like other developers, Daramis had problems because 3D models and other project visualizations can’t replace the feeling of standing next to a building and seeing for yourself whether the proposal was right; whether streets between buildings are wide enough; or whether the trees that are planned will block the views the developer is promising on its website. The final decisions about these specific problematic points are very difficult to make on every construction site, and the investor can never be 100% sure they made the right one until they finally stand next to the completed building. Despite the internal team returning to these points many times over the course of the project, there is always the chance decisions will be re-evaluated and that some already-built parts of the building will have to be renovated or re-built completely. 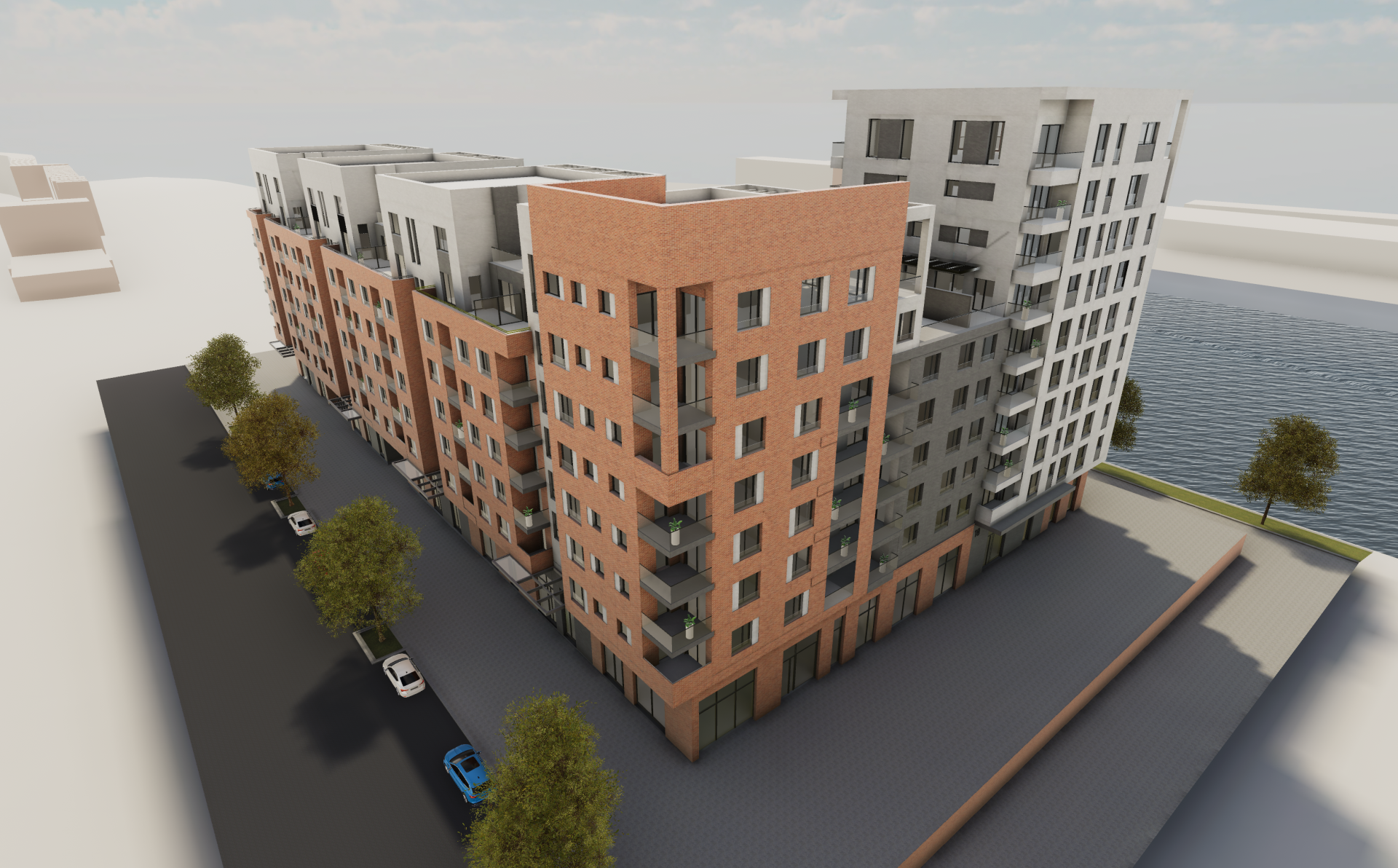 Virtual Reality as a Tool That Saves Clients Time and Money

The client found a solution in virtual reality, which significantly saves time spent on the project before construction begins, as well as cutting costs the client would otherwise invest into subsequent on-site changes.

Daramis had Virtuplex create a total of four projects in virtual reality: the residential Prague Marina Nova on the banks of the Vltava, Zelené město Heights under Prague’s Třešňovka orchard, Stromovka Living, and DUO Living. Within Virtuplex’s 600m2 hall, the company’s management, architects, and project managers could tour individual residential buildings from all angles in 1:1 scale. In terms of urbanism, it’s beneficial to see certain projects because they could visualize and evaluate the project in the context of the surrounding buildings. The client can thus see whether the idea and intention of the project has been achieved before construction begins.

Presentation of Projects in VR Changes the Paradigm for Developers

The Daramis team toured the entire project within about two weeks of delivering 3D data to Virtuplex. For the data to be transposed into virtual reality, it had to undergo the key optimalization of 3D geometric models. The modeling of the surrounding buildings was also part of the process of bringing the project into VR as was the application of real textured materials and lighting. Some parts of the project were prepared in several variants for the Daramis team to select the best option. More complicated adjustments that came out of the presentation were incorporated by the Virtuplex team within a few days and then presented to Daramis’s teams in the VR hall once again.

The Challenge for Us

“The most difficult thing in the Daramis projects was the processing of the surrounding uneven streets, sidewalks, and green spaces that are on a slope. We had to adjust the data to reflect this reality and so the scene reacted to the movement of the users in VR using gravity. That means if you decide to climb, then you actually go up and you won’t end up buried hip-deep in a hill.”

The absolute freedom of movement provided by Virtuplex’s wireless VR headsets and backpacks assures deep immersion into the scene, and the user soon accepts it as reality. They walk through doors and not walls, walk around tables, and avoid trees. 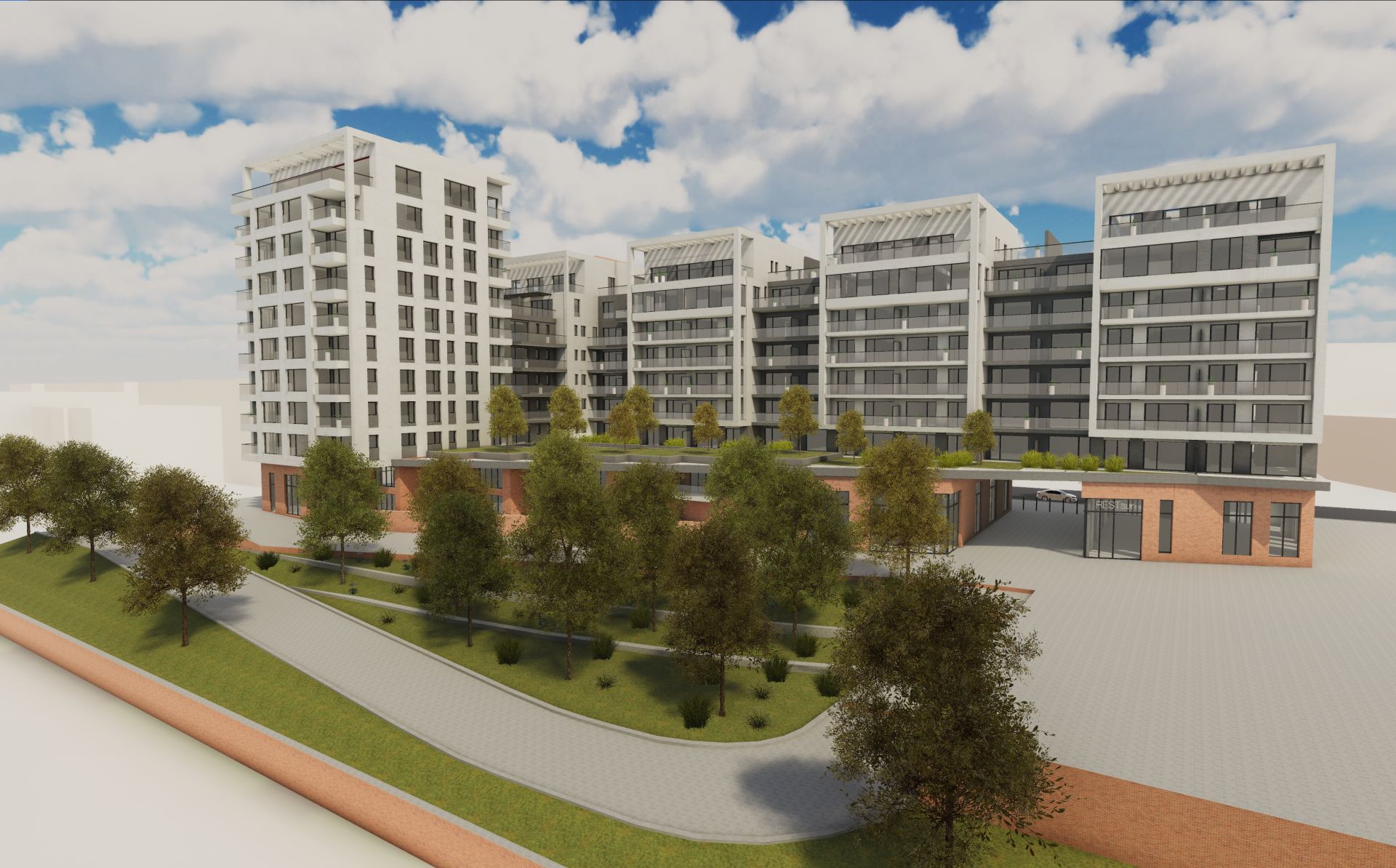 “I think using virtual reality in development is the way of the future to accelerate and simplify the entire process and reduce costs. Although the visualizations of buildings are very precise, it’s nothing like walking around the building before it has been built. I would certainly recommend everyone look at it. It exceeded my expectations and I know we will use Virtuplex’s services in every subsequent project.”